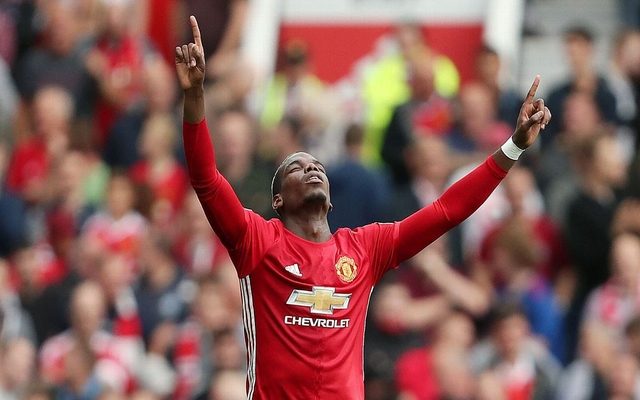 Manchester United offered a quick reply to Eric Choupo-Moting’s opener in their Premier League match against Stoke, after £89M man Paul Pogba’s header found it’s way into the back of net to equalise for the Red Devils.

United, who were behind thanks to new Stoke signing Choupo-Moting’s well-worked team goal, found a goal just two minutes before the break, as a corner from Henrikh Mkhitaryan was flicked on by midfielder Nemanja Matic for Pogba, who joined Jose Mourinho’s side for £89M last summer as per Sky Sports, headed into an empty net to get the away side back in the game.

With a goal just before half-time, it’ll be interesting to see how each side comes out for the second half, and whether United will be able to keep up their 100% record in the league this season.