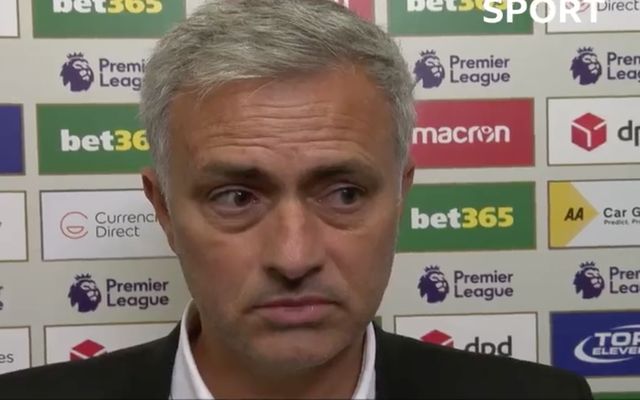 Man Utd boss Jose Mourinho was left frustrated after his side were held to a 2-2 draw by Stoke City, and it rumbled on after the game.

The Portuguese tactician had already angered Stoke manager Mark Hughes after he had snubbed his offer of a handshake following the encounter.

When asked about the refusal to shake hands, Mourinho clearly wasn’t impressed with the BBC reporter and made him well aware that he thought it was a very poor question to ask.

In truth, it’s just the latest example of Mourinho lacking professionalism and maturity, as ultimately whether he’s upset about how the opposition approached the game or not, you still shake hands at the end of the game and move on.

This isn’t the first time that he’s kicked up a tantrum in a post-match interview, and to be honest, it’s highly unlikely that it will be the last time either as he has no issue whatsoever in airing out his displeasure. He claims that it may not have been all his fault, so perhaps we’re missing something…