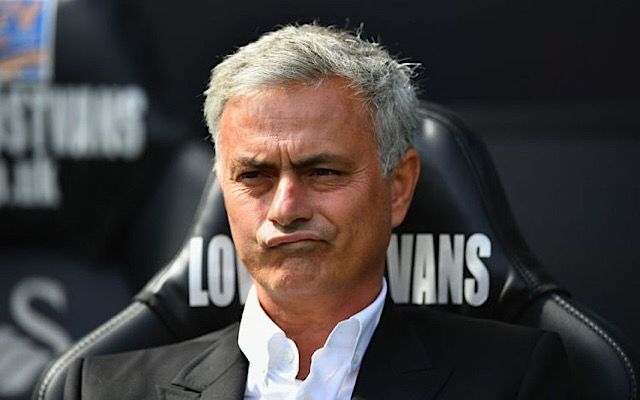 The pair saw their respective sides play out a 2-2 draw at the Bet365 Stadium, and initially it had been suggested that Mourinho was left irked over the approach from the Potters to the game.

However, according to The Mirror, it may well have been down to what was said during the clash between the pair on the side of the pitch, with Hughes said to have told Mourinho to ‘f*** off’ as they argued over the latter entering the Stoke manager’s technical area.

It’s added that Hughes even encouraged referee Neil Swarbrick to send Mourinho to the stands, while the bust up rumbled on after the full-time whistle as the Portuguese tactician shook hands with all of the Stoke backroom staff but snubbed his rival.

“I think I pushed him because he was in my technical area. I don’t know why he didn’t shake hands afterwards, maybe that’s why,” Hughes said after the game.

“Maybe it was because it has to be viewed as a negative result for him, coming to Stoke when everybody expects them to beat us. Maybe he reacted in the wrong way on this occasion. Or maybe it’s me. I have got a history with handshakes!”

Meanwhile, Mourinho was upset with the line of questioning from a BBC Sport reporter, and walked out of his interview as he perceived it as he was being blamed for the incident when perhaps he had a point. Still, not shaking hands with Hughes is one thing, but taking it on a reporter is another and so clearly his mood didn’t improve for a while.