Palmeiras defender Yerry Mina will have to wait another year before he signs for Barcelona after Lionel Messi disproved of the transfer amid fears close friend and countryman Javier Mascherano would be pushed out of the team. 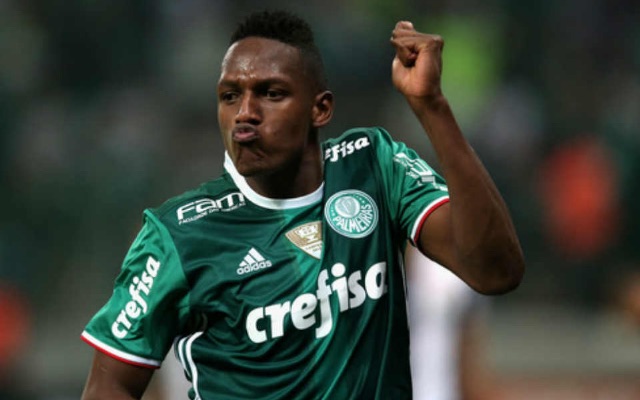 The Colombian will sign after the 2018 World Cup in Russia with Spanish newspaper Sport claiming a fee of around £8m has already been agreed.

Mina is to stay with his current club to see through his Copa Libertadores campaign, thus ruling out a move in January.

Spanish website Diario Gol says part of the reason why a January move will not happen is because of the pressure it would put Mascherano under and may force him out of the side which wouldn’t please old-time mate Messi.

The news outlet claim that the transfer of Inigo Martinez from Real Sociedad did not materialise because of these exact same reasons.

Mascherano has not played for new boss Ernesto Valverde since Barcelona’s 2-0 win at home to Real Betis last month, remaining an unused substitute for the 2-0 win over Alaves and the 5-0 thrashing of Espanyol with Samuel Umtiti seemingly now ahead of him in the centre-half pecking order.

This is not the first time Messi has been involved with a non-transfer this year. The Argentina captain prevented the transfer of Philippe Coutinho during the summer after learning it would mean letting two valuable team-mates leave.

When you’re trying to appease a five-time Ballon d’Or winner that is on your books, player-power rules.