Salah had a strong August following his arrival from Roma, scoring three goals and providing one assist in five matches.

But it seems very weird that he would be Liverpool’s Player of the Month when team-mate Sadio Mane won the Premier League’s August prize.

How can Mane be No 1 in the Premier League but not at his own club?

Salah’s award was presented to him after Mane was shown a red card in Liverpool’s 5-0 defeat at Manchester City.

Maybe Liverpool’s sponsors didn’t think it would be wise to give Mane a prize so soon after his sending off, but the incident occurred in September so it shouldn’t have been taken into account.

Many Reds fans commentated on Instagram to say that they thought Senegal international Mane should have been picked ahead of Salah.

One Insta user felt so strongly he posted his comment twice… 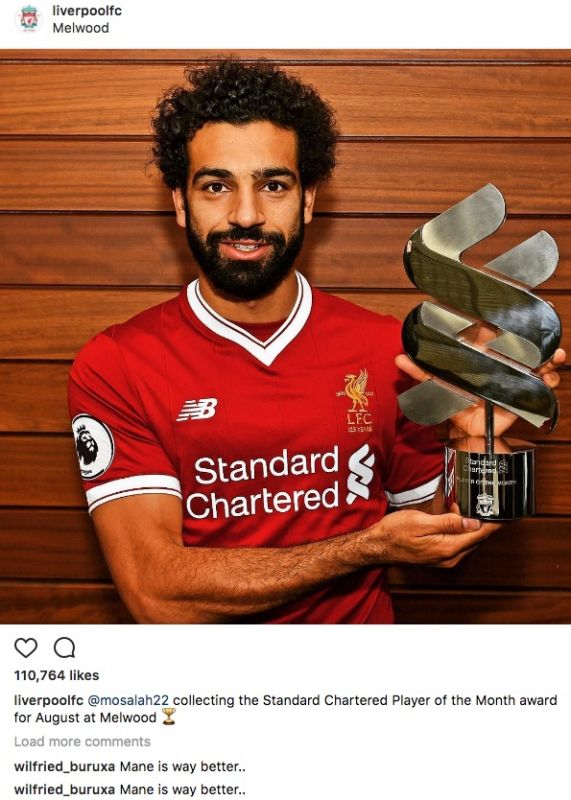