Real Madrid forward Marco Asensio has admitted he turned down El Classico rivals Barcelona in order to join Zinedine Zidane at the Bernabeu. 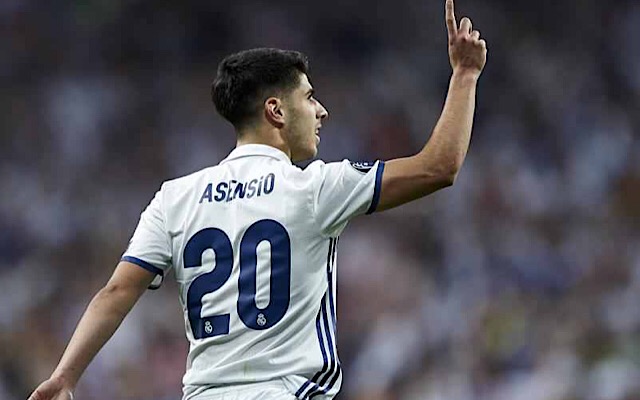 The Daily Star report that the 21-year-old opted to go to the Spanish capital because he felt he knew what the club could offer him.

“Yes there was an option to sign for Barcelona and other teams, but the following winter I signed for Real Madrid, “I understood what the club gave me, it was the best for me.”

He explained how he would like to become a valuable member of Zidane’s outfit, saying:

“With a look, you know what you want. He knows how to lead the group, in every situation he usually get the decisions right. I want to feel important in the team.”

Asensio joined Madrid from Mallorca in 2014 and grabbing seventeen goals for the club after being loaned back to Mallorca and then Espanyol for a year. The winger starred in the Spanish Super Cup, netting twice across both legs to help Los Blancos to a 5-1 aggregate win over Barcelona.

The Spain international is likely feature in Madrid’s tie with APOEL in their opening Champions League group game on Wednesday.

With the recent performances of Asensio that have been good enough to keep Gareth Bale out of the starting eleven, this new revelation will be a bitter pill for Barcelona to swallow.