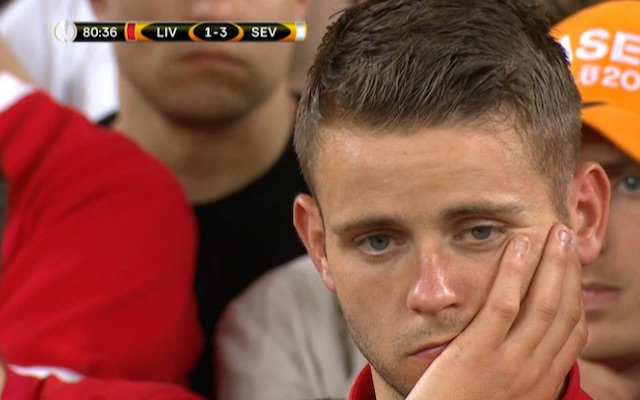 Having just been named their Player of the Month for August, Mo Salah is a pretty important man for Liverpool FC.

And Wednesday night’s game against Sevilla, which marks Liverpool’s return to the Champions League Group Stage for the first time since 2014, is a pretty big deal.

#LFC warming up at Melwood. Mohamed Salah not part of the group yet pic.twitter.com/rx0FLfFpEm

Naturally, Reds fans are desperate for Salah to be available. So, cue hysteria when Salah missed the start of Liverpool’s training session on Tuesday evening.

Journalist Melissa Reddy reported on Twitter that Salah was not with his team-mates as they began their warm-up.

Some supporters feared the worst and many responded with dramatic messages.

“Oh, don’t do this to me Melissa, we’ve already had a really bad weekend,” pleaded a Red named Matt.

Another fan posted a video of a crying man screaming “WHYYY”.

Salah was subbed off at half time in Liverpool’s 5-0 defeat to Manchester City on Saturday, after fellow attacking midfielder Sadio Mane had been shown a red card.