Last night a pitch invader was arrested during Celtic’s home clash with European heavyweights PSG. The ‘fan’ was seen entering the game in the first half and attempted to make contact with French superstar Kylian Mbappe.

As is usually the case with pitch invasions, the TV cameras were quick to pan away from the incident however photos of the incident have since emerged online and can be viewed below. 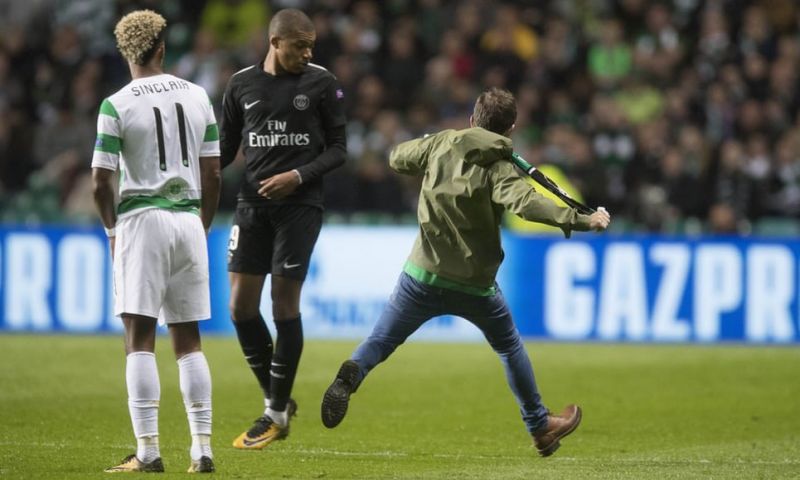 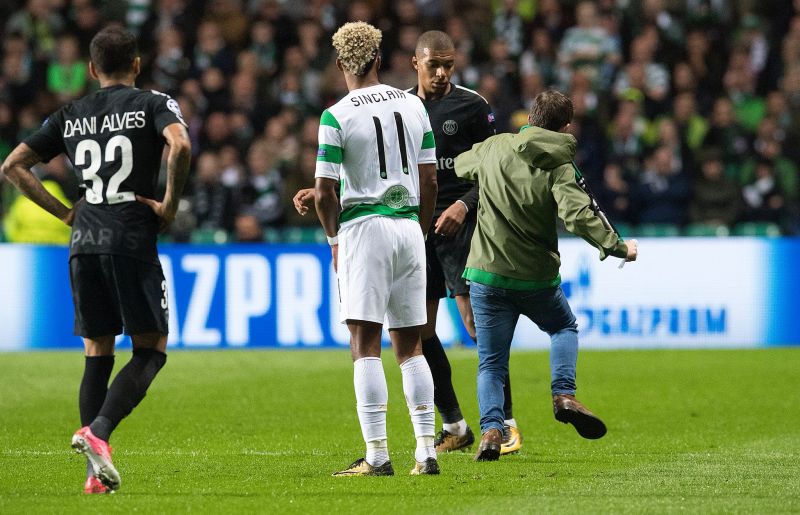 The 18-year-old starlet Mbappe had already notched a Champions League debut goal for the French side when the incident happened – just after the 40th minute. The French international remained calm during the encounter and did not seem to be fazed by the controversial incident. Mbappe has recently arrived to PSG from AS Monaco on loan ahead of a proposed £166m move. (Fee per Sky Sports).

PSG went on to win the game at a convincing stroll and sealed a comfortable 5-0 win at Celtic Park despite the controversy.

This is not the first time that Celtic have been in the European headlines for unflattering behavior. Sky Sports report that just two months ago the Scottish Champions were fine £20,000 by UEFA for their crowd behavior during a qualifier against Linfield.

While Celtic’s squad might be failing to make an impression on the European stage this season, their fans are certainly not.

Sky Sports have since reported that the pitch invader has been arrested.