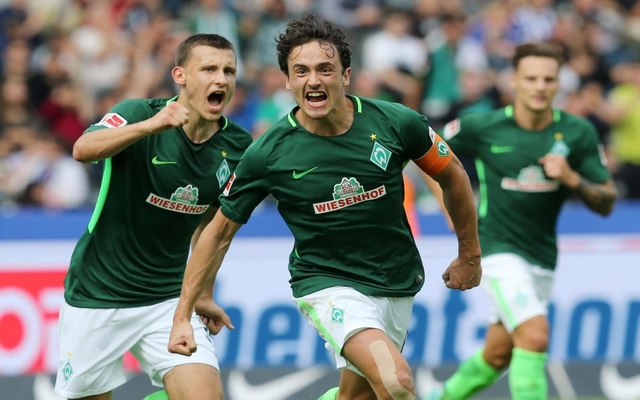 Tottenham have reportedly joined the race to sign Werder Bremen ace Thomas Delaney, who is said to be valued at £13.5m.

The 26-year-old only joined the Bundesliga outfit in January this year, but it seems as though he’s made an impression on Spurs, while he’s racked up 19 caps for Denmark to prove his worth for both club and country.

Delaney has started the new campaign well too, and according to The Sun, Mauricio Pochettino wants to take him to Tottenham with a view of pairing him up with international teammate Christian Eriksen.

It’s added in the report that both Everton and Burnley are also keen on him, and so it looks as though Tottenham will have competition for his signature should they step up their interest.

Based on the £13.5m valuation placed on him in this report though, it won’t prove to be too costly either and he could be a key addition for either Spurs or Everton to add quality and depth to their squad as they continue to compete on various fronts.

It remains to be seen whether or not the opportunity to link up with Eriksen is a determining factor for Delaney if he chooses to leave Germany next year, but Tottenham would appear to be in pole position especially with the pull of such an ambitious project moving forward with consistent qualification for the Champions League, title challenges and a brand new stadium ahead.