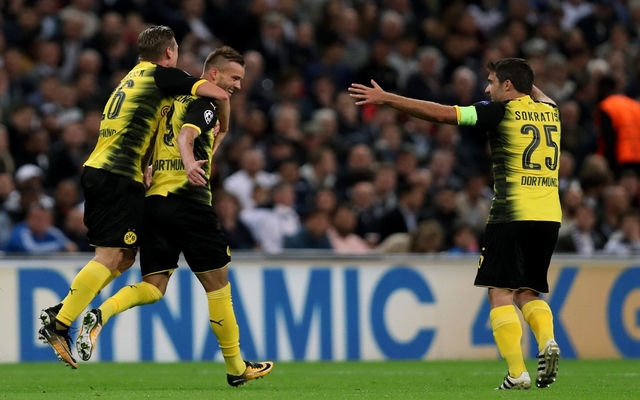 Tottenham’s firepower is on full display at Wembley on Wednesday night, but the home faithful were stunned into silence by this wonder strike.

Dortmund ace Andriy Yarmalenko put his name in the hat for goal of the night in the Champions League, as he curled in a beauty to leave Hugo Lloris stranded.

Tottenham did bounce back to restore their lead through Harry Kane before the half-time interval after Heung-Min Son had given them the lead, but this was undoubtedly the pick of the bunch from the Ukrainian international.

Andriy Yarmolenko finishes off a lovely move with a stunning effort from the edge of the box. ? pic.twitter.com/aRTosgQNGj

It was always going to be an entertaining encounter between the two sides, and they didn’t disappoint as both attacked with numbers and pace consistently to produce quite the spectacle at Wembley. Now, it just remains to be seen who comes out on top…