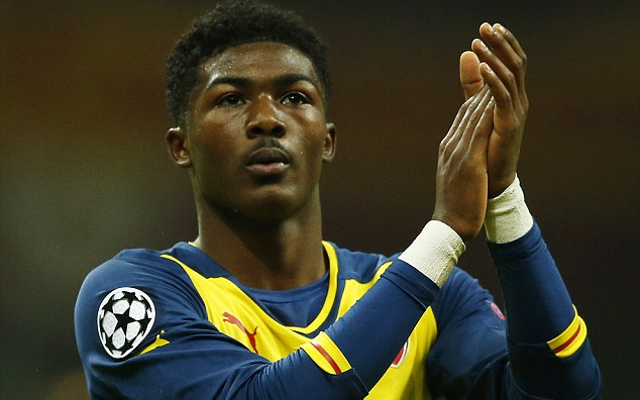 20-year-old midfielder Ainsley Maitland-Niles is set to make his Europa League debut for Arsenal in their home tie against FC Koln tonight, with £9M-rated want-away star Jack Wilshere set to start from the bench.

Maitland-Niles, who was named Premier League 2 player of the month for the month of August, has been given his Europa League debut by boss Arsene Wenger for tonight’s match, with the winger set to start alongside teammates Alexis Sanchez and Olivier Giroud as Arsenal look to start their European campaign off in style.

Arsenal manager Wenger has also given a place on the bench to want-away midfielder Jack Wilshere, who was thought to be the subject of a £9M bid from Sampdoria over the summer according to the Daily Mail.

David Ospina is set to start in goal for the home side, with Nacho Monreal, Per Mertesacker and Rob Holding being given starting roles in the Gunners defence. Maitland Niles is set to be joined in midfielder by Hector Bellerin, Mohamed Elneny and Alex Iwobi, with the north London side opting to go with a front three of Sanchez, Giroud and Theo Walcott.