Chelsea new boy Davide Zappacosta has described the club’s 6-0 win over Qarabag in the Champions League as the “best night of my career,” after hitting the net on his European debut. 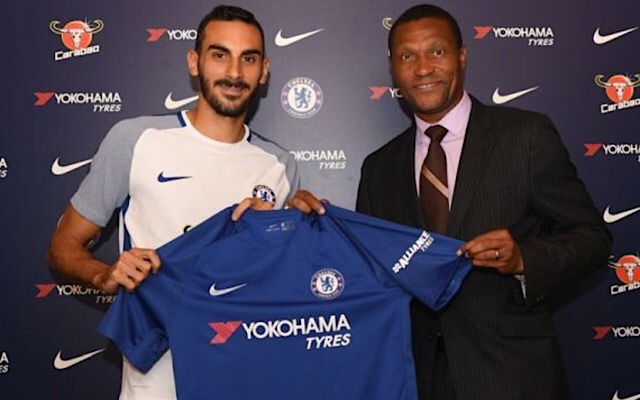 The defender, who signed from Torino on transfer deadline day for £23m per The Metro, admitted that he didn’t mean his goal to be a shot but described it as “beautiful chaos,” according to Football Italia.

“The best night of my career? Without a doubt,” he said, speaking in an interview with Gazette dello Sport.

The full-back was then told that he had created a record:

“I’m the 100th Italian player to score in the Champions League? I didn’t actually know that, it makes it even more perfect.”

Zappacosta was one of five Chelsea players to hit the target with Pedro, Cesar Azpilicueta, Tiemoue Bakayoko and Michy Batshuayi all hitting the back of the net before an own goal from opposition defender Maksim Medvedev rounded off a very good Blues performance.

Antonio Conte’s men now lead Group C after Roma and Atletico Madrid could only produce a goalless draw in Italy.

Chelsea travel to Spain to take on Atletico in their second group match on 27th September.