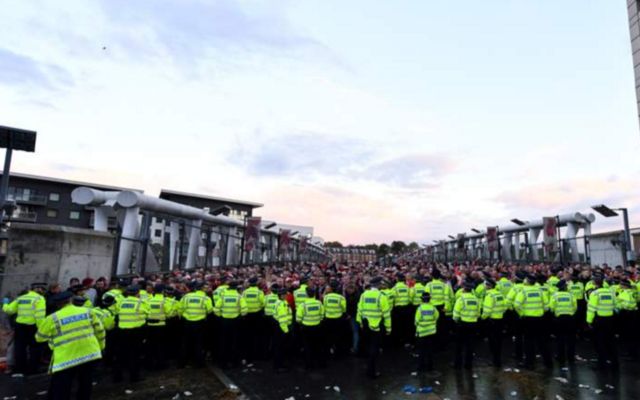 Violent scenes outside Arsenal’s Emirates Stadium have been reported tonight, with both sets of fans trying to charge the barriers outside the gates in order to try and force a way into the ground.

The match, which has been postponed by an hour to due crowd trouble, was set to take place at 8:05, however with further crowd trouble now taking place right on the doorstep of the ground, it wouldn’t surprise me to see this match suspended further or even rescheduled for a later date following horrific scenes.

Should these violent scenes continue, it remains to be seen whether the match between Arsene Wenger’s side and the German outfit will take place this evening after all.

Video from outside the Emirates showing fans trying to storm barriers pic.twitter.com/dwdkSK0rqG

FC Koln fans without tickets trashing the Emirates trying to get in! ?#Arsenal #Cologne #UEL. pic.twitter.com/lkWn9bU3ex