Barcelona icon Andres Iniesta has yet to sign a contract extension with the club, but it seems that talk of a rift is a bit over the top.

The 33-year-old’s current contract with Barcelona expires at the end of the season, and having recently dismissed suggestions that an agreement in principle exists, doubts have emerged over Iniesta’s future at the Nou Camp.

Having publicly disagreed with president Josep Maria Bartomeu’s suggestion that they were nearing a new deal, as per Mundo Deportivo, that led to reported tension and claims that all was not well between the pair in ensuring that Iniesta stays.

However, as seen in the image below, the pair were reunited in person on Thursday and allayed any fears that Iniesta may have an issue with the Barcelona hierarchy as they embraced during the ceremony for the foundation stone at the Johan Cruyff Stadium.

While that doesn’t mean pen has been put to paper, it’s surely a positive indication that things haven’t broken down between the two respective parties and negotiations are likely to continue.

The Spanish icon has been with Barcelona since 1996 having come through the youth system at the club, while he’s since gone on to make over 600 appearances for the La Liga outfit.

In addition, he’s won countless trophies including eight league titles and four Champions League trophies in a glittering career, and it would certainly be strange to see him in another jersey next season. 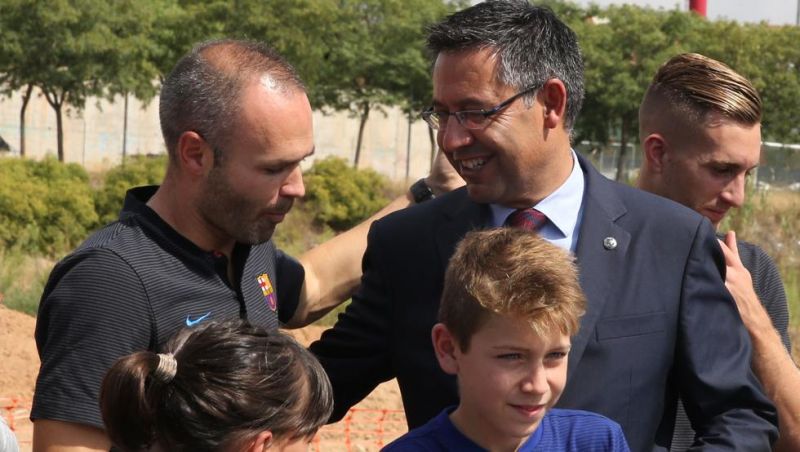