New Barcelona signing Ousmane Dembele has been forced off injured early on in his full league debut away at Getafe. 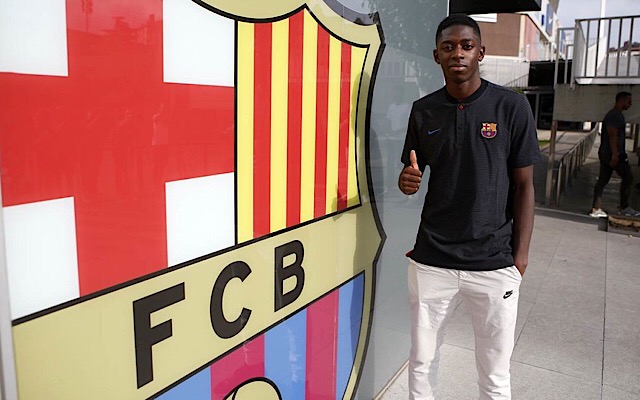 ESPN report that the winger hobbled off after just twenty minutes, signalling to the bench he could not continue and thus had to be replaced by Gerard Deulofeu.

They say the La Liga giants paid Borussia Dortmund an initial €105m (which could eventually rise to €145m) for Dembele during the summer.

The France international came on as a late substitute to provide an assist for Luis Suarez in stoppage time during Barcelona’s 5-0 win over Espanyol last weekend but Saturday was due to be his full league debut.

Dembele was bought to fill the hole left by Neymar after he left for PSG for a world record fee earlier in the summer transfer window.

Boss Ernesto Valverde will hope it is a temporary knock rather than a lengthy lay-off for the 20-year-old.