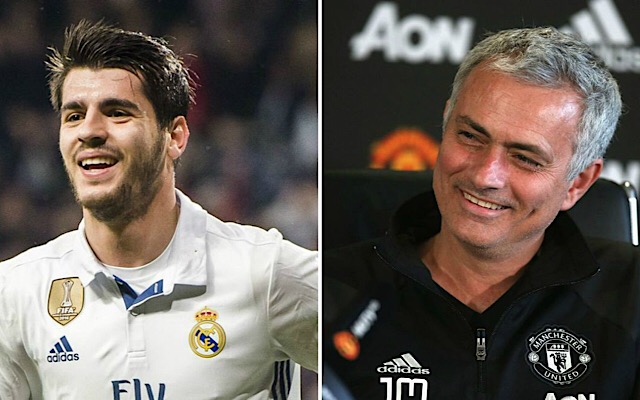 Chelsea forward Alvaro Morata has revealed how Antonio Conte persuaded him to join the club over a reunion with Jose Mourinho.

Morata was given his chance in the Real Madrid first team by Mourinho, but moved to Chelsea despite his former manager’s hopes of taking him to Man Utd.

Chelsea wrapped up the £70m purchase of Morata and the Spain international has revealed how Conte persuaded him to join the club.

“I had various offers this summer, not only Chelsea and Manchester United but also from different leagues,” he told the Daily Mail. “It was a good situation for me.”

“The most important and best conversation I had was with Conte, he wanted me to come here.

“At the start of the summer, I didn’t know that Chelsea were interested in me. I thought they were in for a different player, maybe Lukaku or maybe someone else, I don’t know. I didn’t think the option of Chelsea was open.”

“But I spoke with Conte several times – and not only this summer. I felt in debt to him. He signed me for Juventus but left very quickly to manage Italy.”

“I always wanted to play for him after that. It was only two months with him but it felt like I’d known him forever. When I knew he wanted me this summer, I didn’t think twice. I did everything I could to make the move happen.”

Morata has already scored 3 goals in 5 appearances for Chelsea and has quickly become a favourite at Stamford Bridge.

However the Spain international has called on the fans to stop singing a controversial song that mentions him by name.

“It’s clearly a sensitive issue. There are many ways to enjoy yourself at a game and to cheer on your team or your favourite players. But I am clear. I am against any songs that will offend people on the basis of religion or race. We need to cut it out.”