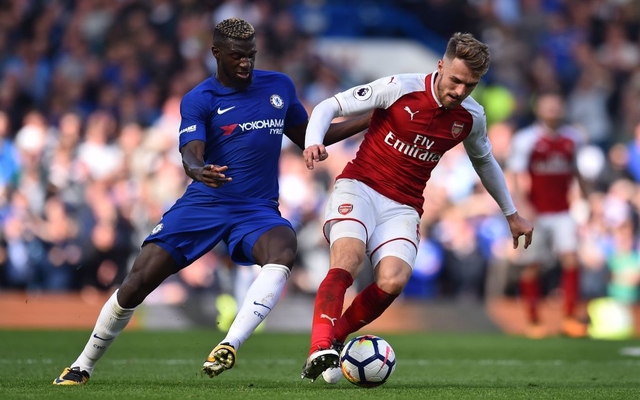 Arsenal secured a point in a goalless draw against Chelsea at Stamford Bridge on Sunday, with David Luiz seeing red late on.

Both sides had their chances but neither could find a breakthrough, while there were plenty of controversial moments, mostly centred around Luiz.

The Brazilian international was given a yellow card for a high boot on Laurent Koscielny, but he didn’t see out the rest of the game as he was shown a straight red late on for a reckless foul on Sead Kolasinac.

It ruined what was a solid performance aside from that, but he’ll now face a three-game suspension while Chelsea were decent but not good enough to gain a win.

As for Arsenal, there were some stand-out performances in defence, namely from Koscielny and Shkodran Mustafi, the latter having a goal ruled out for offside.

However, it was Aaron Ramsey who collected the Man of the Match award, with the Welshman also going close to separating the two sides after hitting the woodwork.

A point apiece for the London rivals, while it’s Chelsea who will now have to do without a key figure in their upcoming games.