Chelsea new boy Tiemoue Bakayoko has stated he see’s Tottenham as bigger rivals to the Blues than Arsenal. 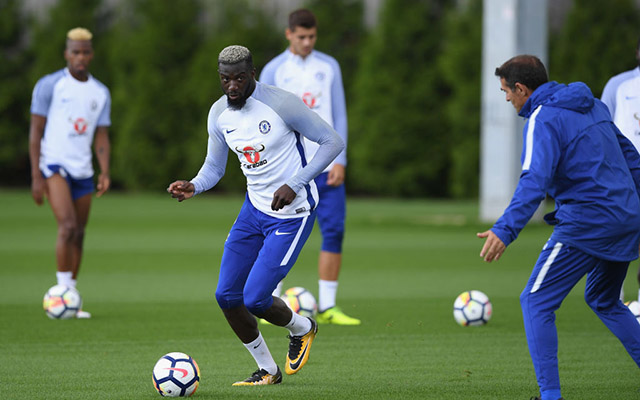 The Standard reported on Sunday that the club’s match with Arsenal “carries less rivalry.”

Speaking on the club’s official website, the midfielder said:

“I think that actually in terms of rivalries that Chelsea have, the one with Tottenham is perhaps even bigger than Arsenal.”

“Now we’re looking forward to the match against Arsenal, which perhaps carries less of that rivalry, but it is nevertheless incredibly important,” he continued.

Bakayoko signed for Antonio Conte’s men from Monaco for around £40m this summer, according to The Metro.

Chelsea have fallen to defeat at the hands of the Gunners in their past two meetings; in last season’s FA Cup final and the Community Shield tie prior to the start of the new campaign.

After a shaky start, Chelsea have found their form of last season’s title winning campaign again winning all three league games since the shock opening day defeat to Burnley.

Arsenal, on the other hand, have had an indifferent opening four games, edging past Leicester in their opening fixture before falling to two defeats against Stoke and Liverpool. However, they managed to pick up a second win of the season after winning 3-0 at home to Bournemouth.

Eden Hazard is set to make his first start of the season after recovering from a fractured ankle, which may give the hosts the edge today.

Bakayoko’s comments may anger Arsenal fans and, if you look at the record on paper, Tottenham do not come close to matching the Gunners’ successes over the Blues.