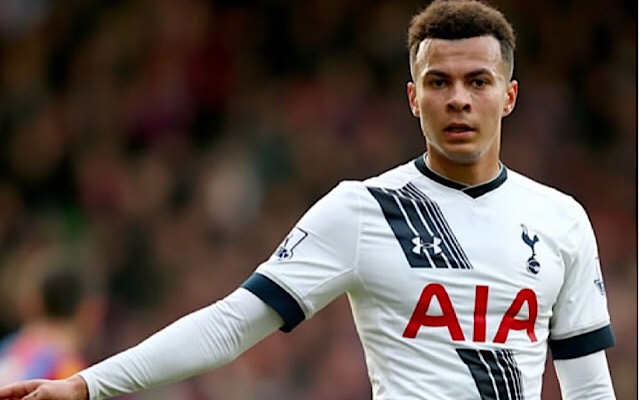 Tottenham star Dele Alli is reportedly in contract talks with the club as he’s expected to break through the £100,000-a-week barrier.

The 21-year-0ld has developed into a pivotal figure for Mauricio Pochettino in a short space of time, with his form undoubtedly attracting interest from some of Europe’s giants.

22 goals and 13 assists in 50 appearances in all competitions last season proved his class, while he’s also now established himself as an England international with a bright future for club and country ahead.

According to The Sun, Tottenham want to avoid a situation where he continues to be linked with an exit and have in turn reportedly opened contract talks.

It’s added that he’ll smash through the £100,000-a-week barrier that is in place for the large majority of Tottenham players, joining Harry Kane and Huge Lloris as the top earners at the club.

Alli is under contract with Spurs for another four years on his current deal, and so it wouldn’t seem as though there’s a real need to rush a new contract, particularly given he only signed this one a year ago.

However, Tottenham are seemingly keen to keep him happy while the report notes that this also comes amid talk that the former MK Dons starlet is changing agent and that could have led to new concerns being raised over his long-term future in north London.

Spurs will hope to continue to compete on the pitch on various fronts to keep their top players happy, but it sounds as though Alli will be rewarded off it again with a better financial package as Tottenham look to keep the core of this successful squad together.