Despite being held to a draw by Burnley at the weekend, Garth Crooks saw enough from a couple of Liverpool players to give them the nod in his team of the week.

Joel Matip is included after impressing in the backline despite that area of Liverpool’s squad getting plenty of criticism, while Mohamed Salah also makes the cut after he scored his fifth goal of the season to continue his impressive start to life at Anfield.

Elsewhere, Arsenal pair Skhodran Mustafi and Sead Kolasinac also make the XI as they held firm in their side’s goalless draw with Chelsea at Stamford Bridge, while Burnley’s Nick Pope is chosen in between the posts after keeping Liverpool at bay with eight saves.

The backline is completed with Newcastle United’s Jamaal Lascelles who also popped up with an important winner for his side, while the midfield is packed with Antonio Valencia, Kevin De Bruyne and Jonathan Lemina.

Southampton’s Lemina put in a real shift against Crystal Palace and received plenty of praise for being a midfield general in their win. Valencia scored a superb goal and was otherwise impressive while De Bruyne continues to make City tick and rack up the assists as he was key in their 6-0 destruction of Watford.

Unsurprisingly, the City theme continues up front as hat-trick hero Sergio Aguero and Gabriel Jesus join Salah in a front three, and to be fair, there’s no real arguments this time round as to whether or not Crooks has got it right in that department.

Those two are forming a lethal partnership after after all the talk last season of Aguero potentially being pushed out and forced to leave, it looks as though Pep Guardiola has found the solution.

Disagree with any of Garth’s selections? Who’s the biggest snub this week? Let us know… 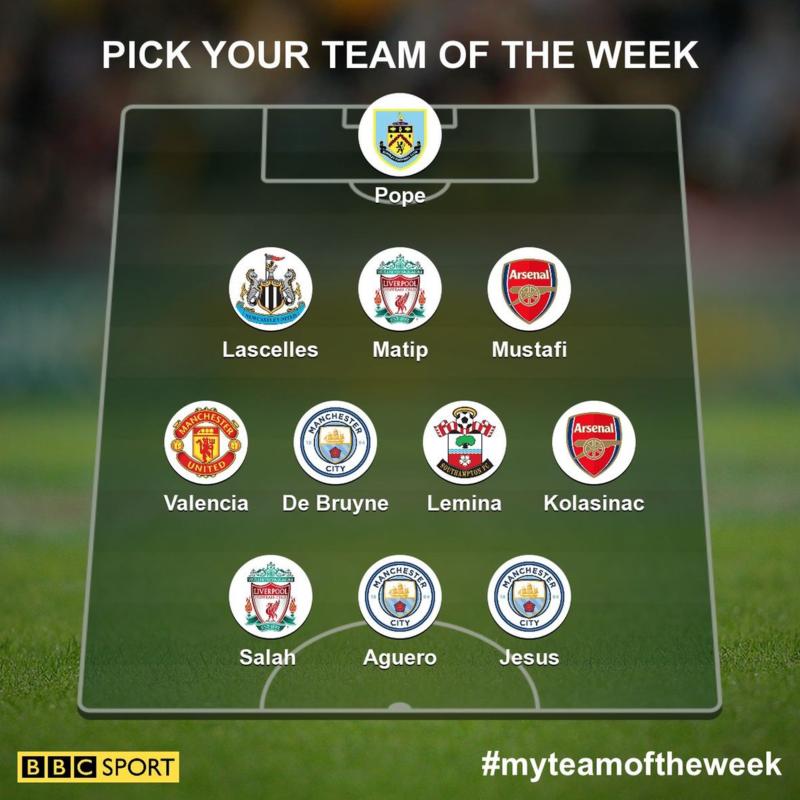