An Arsenal fan suffered a double blow on Sunday after he invaded the pitch during his side’s Premier League game at Chelsea.

The Gunners supporters ran onto the field of play on 75 minutes to join Shkodran Mustafi in celebrating his goal.

Unfortunately for the Gooner (pictured), Mustafi’s goal was disallowed and, to make matters worse, he was then ejected from Stamford Bridge, according to the Daily Mail. 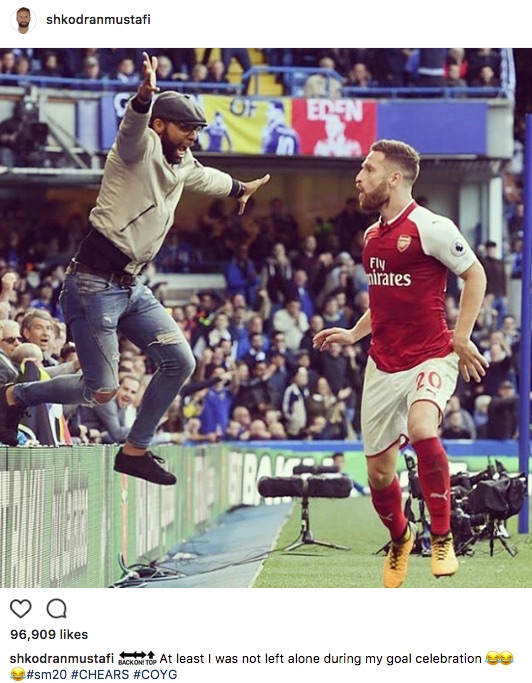 The game finished 0-0, with Arsenal claiming their first away point of the season.

As a result, Arsene Wenger’s side now sit 12th in the Premier League table, six points behind joint-leaders Manchester City and Manchester United.