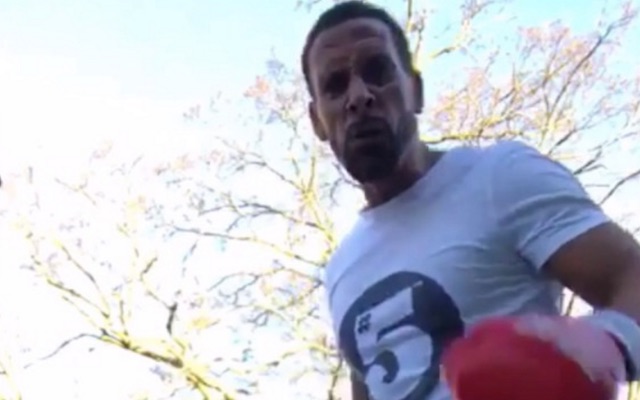 News broke on Monday night that Rio Ferdinand is set to officially announce his decision to become a pro boxer within the next 24 hours.

As reported by The Telegraph, the ex-Manchester United defender will confirm his plans on Tuesday afternoon.

But Ferdinand has already called out three of the game’s heavyweights, albeit it in a very tongue-in-cheek manner.

Earlier this year, Ferdinand shared a cringeworthy video of himself banterously shouting (and shamelessly namedropping) while punching his trainer’s hands.

Finally, Ferdinand made sure everyone knew he was ‘oooooh friends’ with Anthony Joshua as he barked: “AJ, we had a holiday together mate… Dubai. I’ll take you out. I will cut you down.