Marco Verratti’s agent Mino Raiola did not allow his client to complete a desired move to Barcelona as he doesn’t want the midfielder to leave PSG anytime soon. 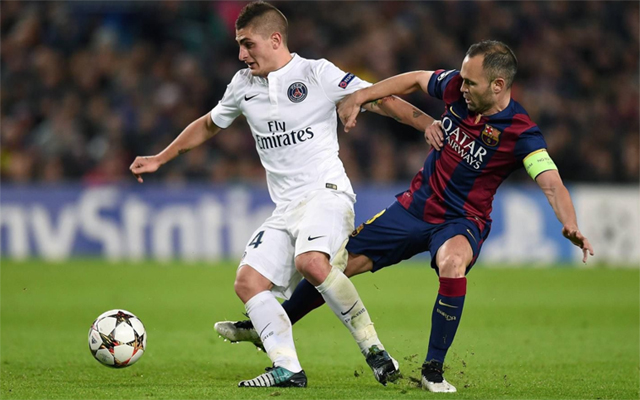 The Express reports that the Italian midfielder tried to force a move to the Nou Camp by handing in a transfer request after parting company with former agent Donato Di Campli before replacing him with Raiola.

CalcioMercato state that a move to Barcelona in January is highly unlikely as his agent wants to help his player raise his stock by playing alongside Neymar and Kylian Mbappe.

They state part of Raiola’s decision to block Veratti’s move to Spain is because he is eyeing to capture a lucrative deal with a Premier League club, although this is a long-term prospect.

Speaking about the situation the super agent stated:

“Verratti will stay at PSG, at least for the moment, “I can’t say about the future, because I am not a magician.”

The PSG midfielder is under contract with the Ligue 1 side until June 2021, having signed a new deal in August.