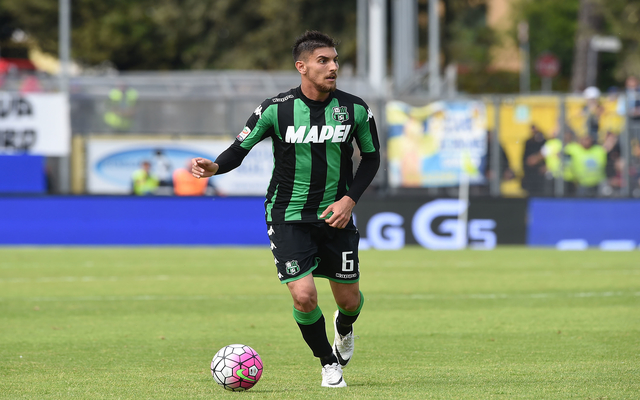 Man Utd are reportedly keeping tabs on young Roma midfielder Lorenzo Pellegrini and have sent scouts to Italy to watch him more closely.

The 21-year-old spent last season on loan at Sassuolo before the capital club exercised a buy-back clause to take him back to the Stadio Olimpico.

After impressing in the 3-0 win over Verona last time out, The Sun note, via reports in Italy, that Jose Mourinho sent scouts to watch the Italian ace in action.

Further, Man Utd have already contacted his representatives earlier this week to enquire about him, while it’s noted that this likely isn’t the first time that the Red Devils have scouted him.

The Sun claim that Pellegrini is valued at around £25m. It remains to be seen whether or not United are willing to splash out that much on him given that he’s still relatively unproven at the highest level, even though he’s impressed for club and at youth level for Italy.

In addition, it’s noted that his current contract runs until 2022, while he’s on £35,000-a-week. Putting that all together, it seems as though it will be difficult to convince the Rome-born star to leave Roma.

The Giallorossi do have a history of selling key players though in recent years to balance their books, with the likes of Erik Lamela, Miralem Pjanic and Mohamed Salah high-profile examples of that.

In turn, perhaps there could be a window of opportunity for Man Utd if they were forced to do so again, but they’ll be eager to keep hold of a quality young talents like Pellegrini, who showed with regular playing time at Sassuolo that he has the qualities to become a top player.