Harry Kane is the only Englishman to have made it into the top-55 in the world.

Over 25,000 professional players have voted to find the Fifa FIFPro World XI, with an remarkable 13 of the 55 players coming from Real Madrid.

Yet with just one Englishman on the list, there are likely to be fresh calls for a limit of foreign players in the Premier League.

Kane’s fellow Englishman, Jamie Vardy, has dropped off the list after a disappointing campaign with Leicester City, according to reports in the Sun.

Whilst Kane has been the only Englishman to have made the list, the Premier League has been well represented.

The major surprise has been the inclusion of Arsenal’s Mesut Ozil, whilst Man City’s Sergio Aguero failed to make the cut. 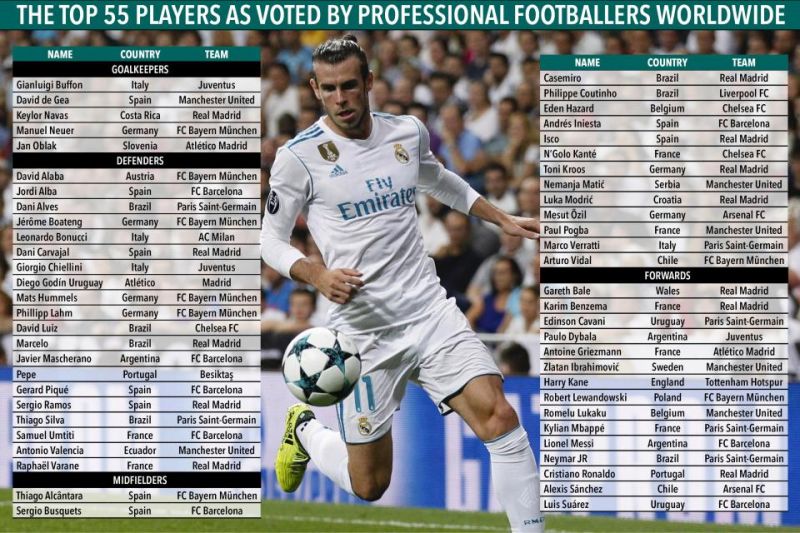 Zlatan Ibrahimovic and Romelu Lukaku, of Man Utd, made the list as have Eden Hazard, Philippe Coutinho, Paul Pogba, Alexis Sanchez and N’Golo Kante amongst others.

The lack of Englishmen is a far cry from 2005, when England dominated the inaugural shortlist with 10 nominations.

Portuguese forward Cristiano Ronaldo and Juventus goalkeeper Gianluigi Buffon are also included, making them the only two players to make every shortlist since the first World XI in 2005.