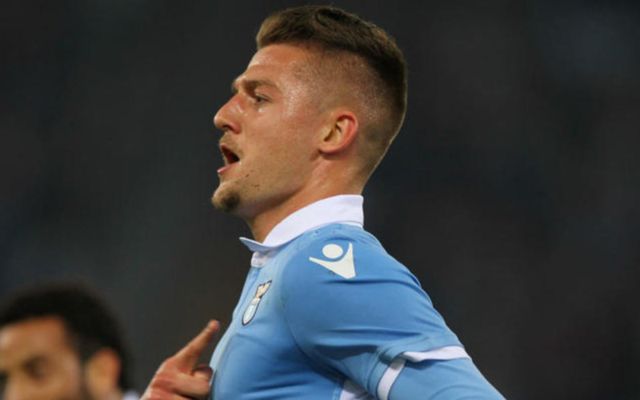 Man United look set to face stiff competitions from rivals Manchester City in the race for €80m-rated Lazio and Serbia midfielder Sergej Milinkovic-Savic, with the player’s agent stating that his client is in high demand, according to the Mirror.

Milinkovic-Savic, 22, who was born in Spain but represents Serbia at international level, has emerged as a key player for the Italian side during the last 18 months as per the Mirror, with the player’s agent Mateja Kezman stating that clubs in “Madrid, Manchester and Milan” have all shown interest in his client, with the former Chelsea and PSG forward then going on to add that ““It’s difficult to see him away from Lazio”.

Lazio star Milinkovic-Savic was also heavily linked with a move to Liverpool over the summer as reported by the Mirror, however a move for the Serb failed materialise, with the player staying put in the Italian capital.

Lazio have put a price on the head of Milinkovic-Savic, with the former Serie A champions stating that they would not be accepting an offer of less then €70M-€80M for the midfielder, as reported by Football Italia.

Should either Man City or Man United be successful in their pursuit of the 22-year-old, it’ll be interesting to see how much either side are forced to pay in order to secure the Serbian international’s signature.