Barcelona are on tenterhooks after Lionel Messi and Ousmane Dembele could both leave the club if Spain vote for Catalonia independence, according to Diario Gol. 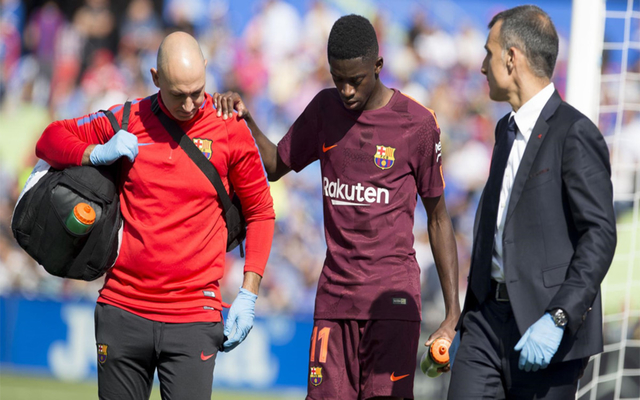 Ernesto Valverde’s side forked out £96m to bring Dembele to the Nou Camp from Borussia Dortmund but now faces a lengthy spell on the sidelines after pulling his hamstring on his league debut.

However, the Spanish news outlet claims the 20-year-old could leave the club within the upcoming months with off-field politics involving the Catalonia region comes to a head. Lionel Messi has also been named as a player who may leave if the vote doesn’t go his way.

Diario Gol also claim five other players are ready to depart with Ivan Rakitic, Luis Suarez, Marc Andre Ter-Stegen and Javier Mascherano all also have similar stances. They state Gerard Pique and Sergio Busquets will remain regardless of the outcome.

Spanish citizens will flock to vote on whether the region should become an independent state on 1st October.