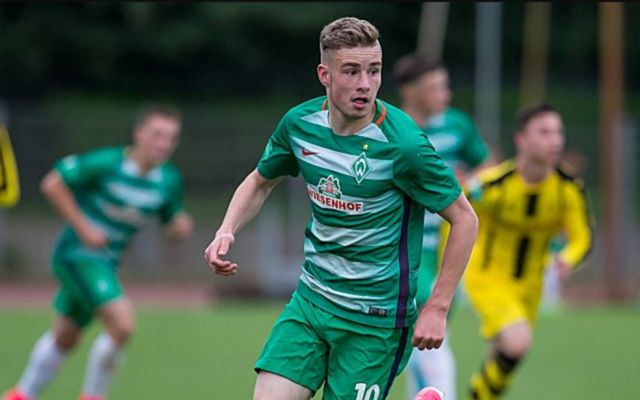 Spurs and Liverpool are both set to do battle with each in other in the race to sign highly-rated Werder Bremen and Germany star David Philipp, who is out of contract with the Bundesliga side next summer, according to the Mirror.

As per the Mirror, Philipp, 17, is one the brightest young talents in Germany at the moment, with the midfielder having starred for Bremen at all age levels these past few years. The German starlet scored 18 and assisted 21 for his side’s under-17’s last season, which has now lead to both Spurs and Liverpool showing in interest in the 17-year-old.

Speaking about the player and his future with the club, Werder Bremen academy director Bjorn Schierenbeck said: “I wouldn’t want to rule out the interest in David from the English clubs. We have already held talks with him, and explained what his future career with Werder can look like.”

SEE MORE:
Arsenal weighing up move for 19-year-old wonder-kid, Gunners to do battle with Dortmund for starlet
Barcelona and Bayern Munich set to go head to head for Confederations Cup winner
(Watch) Manchester United fans are drooling over Lingard’s assist for Rashford’s goal against Burton

Philipp, as reported by the Mirror, is out of contract with Bremen next summer, which would allow either Spurs or Liverpool to secure the services of the youngster for free.

Should Philipp end up moving to either Spurs or Liverpool in the near future, it’ll definitely be worth keeping an eye on how the 17-year-old develops over the coming years, as he’s definitely one for the future.