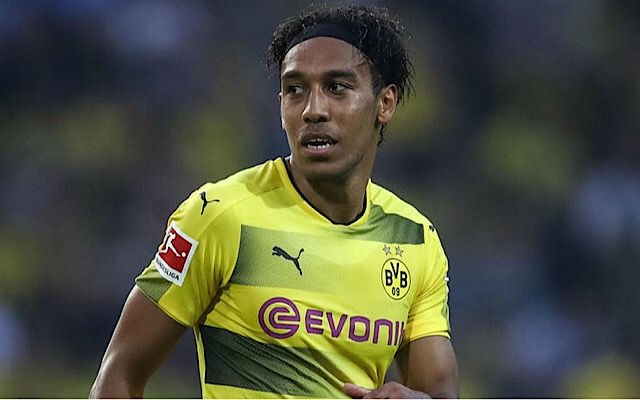 Chelsea could be set to renew their interest in Borussia Dortmund forward Pierre-Emerick Aubameyang.

The Gabon forward has expressed his frustration at seeing a move to Real Madrid fall through last week, leaving the way for Chelsea to make a bid in January.

According to reports in RMC Sport, Aubameyang said, “I have no more dreams. I will not talk about Real Madrid anymore. I am happy at Borussia Dortmund, I feel like other clubs don’t want to come close to sign me.”

“People underestimate me but I will prove my worth. I am frustrated because Dortmund told me I could leave last summer. It didn’t happen and I am disappointed but I am also happy here. It’s not a problem, I’ll keep working hard.”

Chelsea have finally sealed the departure of Diego Costa to Atletico Madrid and travel to a Stoke side tomorrow that are beset by injuries.

Antonio Conte, the Chelsea manager, has vowed to give Michy Batshuayi more chances in the first team after his midweek hat-trick against Nottingham Forest.

“After one year I think he has worked very hard last season to be able to face this league and work with Chelsea. He will have the right chance.”