John Terry has slammed Indian cigarette company Gold Flake for using his image on their packaging without his permission as he hit out on social media.

The Aston Villa defender and Chelsea legend took to Instagram on Thursday to reveal his displeasure with the situation.

Golden Flake used his image for their anti-smoking campaign on their packaging, while The Sun note that the 36-year-old found out in 2012 that he was being used by the company much to his surprise.

It’s poor form from the cigarette giants to continue using his image, although it doesn’t say much for Terry’s legal team to get him removed as the stalwart angrily stated that he “hates smoking”, as seen in the post below.

It remains to be seen what action is now taken moving forward, but evidently Terry doesn’t want to be associated with Gold Flake. It’s unclear though if he knows that this is definitely a new batch of packs or an old one that’s just being re-circulated.

Either way, Terry’s not a happy man and he’ll surely be instructing his lawyers to sort the mess out once and for all in the near future. Watch out Gold Flake, Terry’s coming for you… 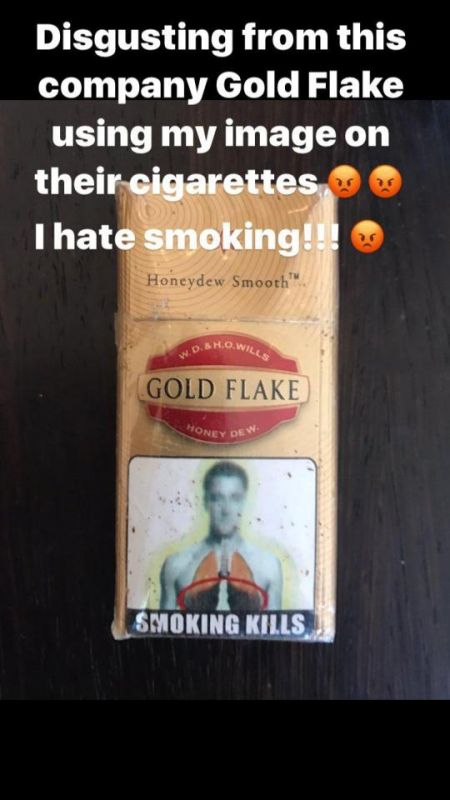