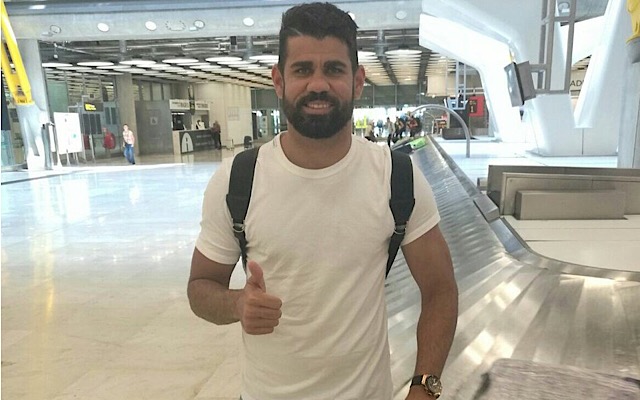 Diego Costa has been pictured on his way to Madrid in seemingly fine physical form as the forward completes his protracted transfer from Chelsea.

Costa had refused to return to the London club since the end of last season, and has finally got his dream return to Atletico Madrid confirmed a for a club record £57m.

According to reports in the Sun, Costa told Splash News he had no problem with Chelsea, “There’s nothing of the sort there, I’m not upset with anybody.”

“I have no bitterness towards anyone. Everything is cool. Everybody knows how much I love the fans.”

Costa is expected to pass a medical and agree personal terms with Atletico, where he adored by the fans, but they are seen as a mere formality.

The player is expected to attend Atletico’s La Liga game with Sevilla tomorrow, and all eyes are likely to be on him as Chelsea travel to Madrid for Wednesday’s Champions League game.

Due to the close of the transfer window and Atletico’s current ban from buying players, Costa will be unavailable for selection until January.