Arsenal midfielder Jack Wilshere has been brutally trolled by former Arsenal teammate Wojciech Szczesny for what was just an innocent trip down memory lane.

The 25-year-old shared the image below of him from several years ago, captioning it with an explanation of how he used to live with his former Polish teammate while also poking a bit of fun at his own hairstyle.

However, he probably didn’t expect this zinger from Szczesny, as he left a comment on the post that read: “Was that when you were still good at football?” accompanied by a laughing emoji. 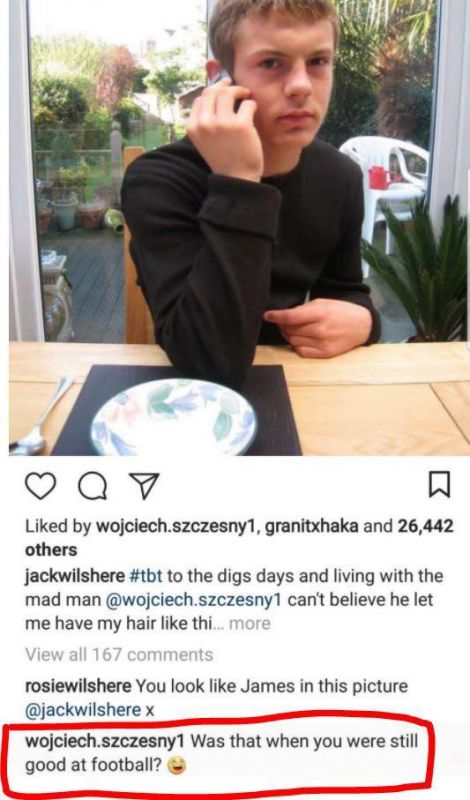 Arsenal fans responded in their numbers as they thought the friendly dig was hilarious, as it’s clear that the pair are still close even though Szczesny has long moved on and is now at Juventus.

Meanwhile, Wilshere impressed in the League Cup win over Doncaster in midweek, and he’ll hope that he can now force his way back into Arsene Wenger’s plans.

Wilshere and Szczesny have seemingly always been close and even managed to both land themselves in hot water with Wenger for their smoking exploits, as reported by The Mirror. However, they both seem to have grown up since, although this was a brilliant sideswipe that even Wilshere probably found funny.