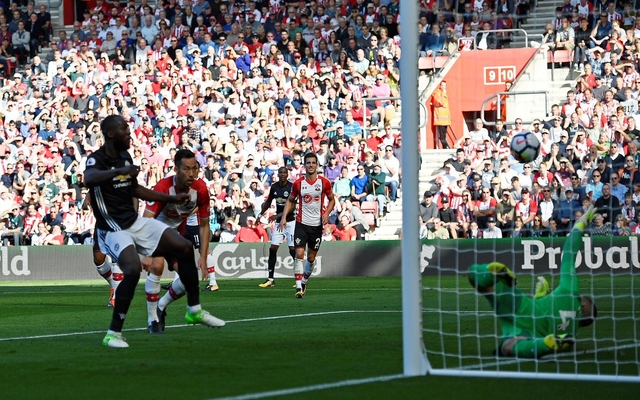 Man Utd earned a hard-fought 1-0 win over Southampton at St Mary’s on Saturday, with Romelu Lukaku the difference between the two sides.

The Belgian international’s goal in the 20th minute was enough to seal victory for the visitors, as they held firm in the second half despite coming under significant pressure from the Saints.

Jose Mourinho was sent off late on which may well have soured his mood slightly, but the Portuguese tactician will surely be delighted to see his side continue their good form and set the pace at the top of the Premier League table.

It was a solid if not entirely convincingly display as United have been able to rattle off high-scoring wins to start the campaign with their clinical finishing late on.

That same trend didn’t continue on Saturday, as many individuals put in solid shifts. Lukaku leads the way with an 8/10 for his match-winning display, while Phil Jones impressed us at the heart of the defence.

However, it wasn’t a particularly memorable afternoon for Juan Mata who scores low, while there were decent but forgettable performance elsewhere too.

Nevertheless, United have three points to show for their efforts and they’ll undoubtedly be delighted with that.