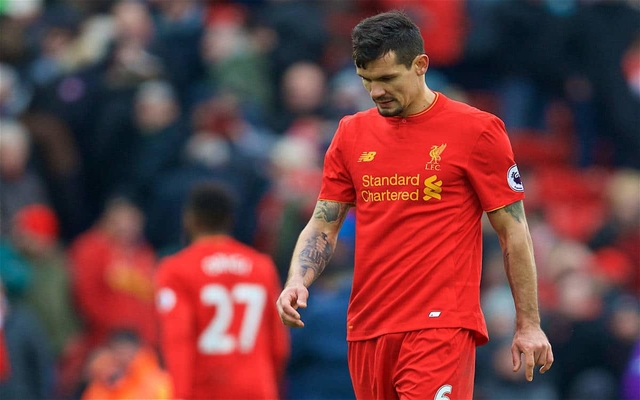 Liverpool defender Dejan Lovren has revealed his belief that he was gassed by burglars who robbed him as he and his family slept while on holiday.

Referring back to a raid that occurred in June in Zagreb, the 28-year-old has previously revealed that the burglars stole cash and jewellery during the break-in.

However, the more sinister details of the ordeal have now come to light from the Croatian international who naturally feared the worst could have happened given he was completely oblivious to the entire burglary.

“Yes, I was robbed. They have stolen everything from me. I heard absolutely nothing. It is as if they had put something in my apartment for me to fall asleep,” he is quoted as saying by The Sun.

“They could have kidnapped my kids, and I wouldn’t have noticed at all.”

It’s noted in the report that his wife, Anita, had a fling with a gangster and the Liverpool ace was in turn targeted in a £3.5m extortion plot.

Unsurprisingly, the whole situation hit the 28-year-old hard and the break-in was undoubtedly the biggest shock of all, especially given he couldn’t have done anything to prevent a more serious set of circumstances from arising.

“This is a tough period of my life,” he said previously. “I am afraid they might kidnap my kids. It was my son’s birthday on the day and all this is going on.

“I’ve spent a lot of money for removing all the pics of my kids from the internet. I don’t know what would have happened had I been woken and found burglars.”

It’s added that Zagreb police arrested four men last week over the raid, aged between 25 and 33, but it’s unlikely that this is the last we hear about it. Fortunately, Lovren’s children are safe and he’ll undoubtedly be taking the necessary measures to keep it that way.