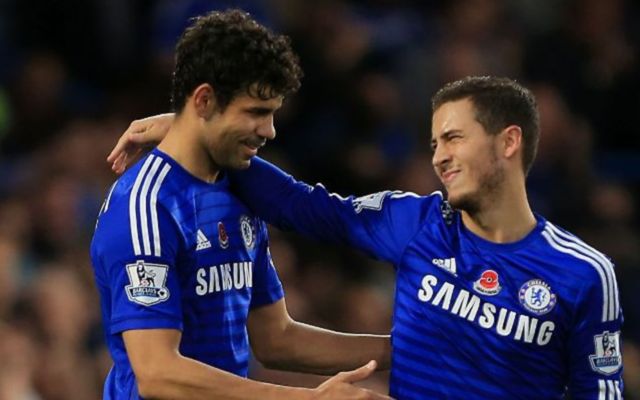 Everton had a £63m (€75M) offer for Chelsea and Spain forward Diego Costa prove unsuccesful over the summer, with the Toffees being unable to enter negotiations with the Blues as Costa had his heart set on a move back to Atletico Madrid, according to Marca.

Costa’s move back to Atletico is yet to be completed, with the deal set to go through on Monday after the player has completed his medical and signed a contract with the La Liga side, with Costa refusing to listen to offers from any other side that were in for him, as he had his heart set on a move back to Atleti, as per Marca.

As reported by the Spanish news outlet, all the clubs that approached the Blues in hope of agreeing a deal for Costa were told that he had his heart set on a move back to Atletico, with one of these sides being Ronald Koeman’s Everton as reported by Marca.

As written by Marca, Everton saw their £63M approach for Costa, which included an unreported ‘bonus within it, turned down by Antonio Conte’s side, with AC Milan another named club that were very interested in signing the 28-year-old.

If Everton had managed to sign Costa over the summer, it would’ve been interesting to see how the Toffees would’ve performed this season with the Spaniard leading their line.