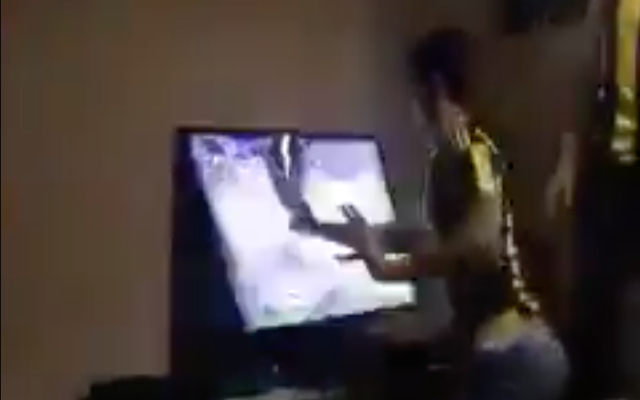 Fenerbahce ace Souza has offered to buy a fan a new TV after he destroyed his during a game this past weekend.

The crazy part is that Fenerbahce actually won the game against rivals Besiktas 2-1, but clearly this fella wasn’t happy with what he was watching from his side.

As seen in the video below, he decided to take his frustration out on the TV and pummel it for a good five seconds to leave the screen in pieces and the piece of kit no longer in working order.

This Fenerbahce fan went absolutely berserk after his side conceded against Besiktas ? pic.twitter.com/VYEbEAkPqe

Luckily for him, Souza is making a serious attempt to find him and buy him a replacement, as seen in the tweet below, with the promise that he won’t break his new TV.

There were a staggering five red cards in the Fenerbahce win and so with tempers boiling over on the pitch it seems to have translated to this guy’s living room. We’ll keep our eyes peeled for Souza to deliver his new one…

please, I want the contact of the TV owner, I want to give him a new TV to watch the Fenerbahçe games. send me a message https://t.co/3i97t7Qumc