Living Liverpool legend Steven Gerrard has revealed why he told want-away Philippe Coutinho to stay away from him at Liverpool. 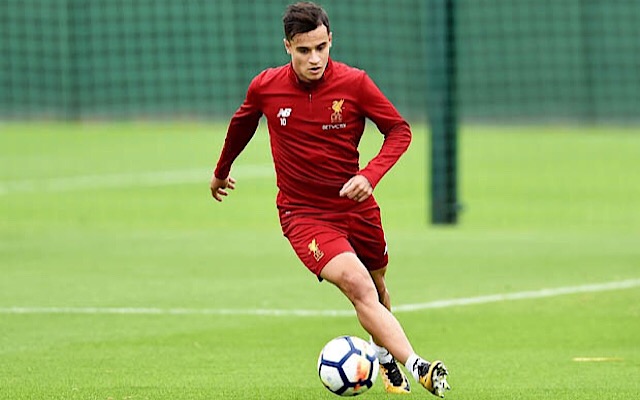 The Mirror state that the Brazilian was heavily subjected to a move to Barcelona during the summer but, despite handing in a transfer request, remains at Anfield and has been in-form since his return.

“He’s impossible to defend against; when I used to train with him I’d hate it.”

“I wouldn’t go near him and sometimes i told him to keep away from me because he can embarrass you, “He’s got such a low centre of gravity, he’s so sharp, so quick and he’s two or three steps ahead of defenders, he’s so, so clever,” he continued.

The 25-year-old missed Liverpool’s first five games of the season due to a back injury.

Coutinho scored an audacious free-kick in Liverpool’s Premier League tie away at Leicester on Saturday as Mohammed Salah and Jordan Henderson both also netted to beat the Foxes 3-2, with a little help from a Simon Mignolet penalty save.

The Red’s travel to Spartak Moscow on Tuesday as they search for their first win in the Champions League group stages after only mustering a 2-2 draw with Sevilla at Anfield a fortnight ago.