BBC Sport pundit Garth Crooks has selected his Premier League team of the week, with a solid Chelsea, Liverpool and Tottenham contingent involved.

Alvaro Morata is an obvious selection given the Spaniard scored a hat-trick in Chelsea’s win at Stoke City, while he’s joined by Harry Kane and Oumar Niasse after their goalscoring exploits this past weekend too.

In turn, it’s a deadly-looking attacking trident that Crooks has gone with, and few will arguably have an issue with it as their complaints have been directed elsewhere.

Man City duo Leroy Sane and Kevin De Bruyne get the nod in midfield along Christian Eriksen and Philippe Coutinho, and again, it’s difficult to argue with the selections as all four were instrumental in the wins for their respective sides.

Raheem Sterling and David Silva could feel aggrieved with the snub though in truth as both were decisive in City’s hammering of Crystal Palace, but Crooks evidently didn’t feel impressed enough by them.

Adrian Mariappa forms part of a back three as he continues to play an important role in Watford’s good start to the season, while Phil Jones and Cesar Azpilicueta complete the backline.

The Chelsea defender is not only keeping things tight at the back but he continues to pop up with assists as he’s now set up Morata for his last four Premier League goals even when switching position during the Stoke game.

Jones was key in helping Man Utd stay resolute defensively in their hard-fought win over Southampton, and so it’s a fair pick from Crooks.

However, as seen in the tweets below, the inclusion of Simon Mignolet has gained some unwanted attention as although the Belgian produced some heroics in saving a Jamie Vardy penalty, many felt as though he didn’t do enough to get in this week.

Nevertheless, there he is! Even though Crooks doesn’t even sound too convinced himself as he argued that Liverpool didn’t deserve their win and Mignolet was lucky to avoid a red card… 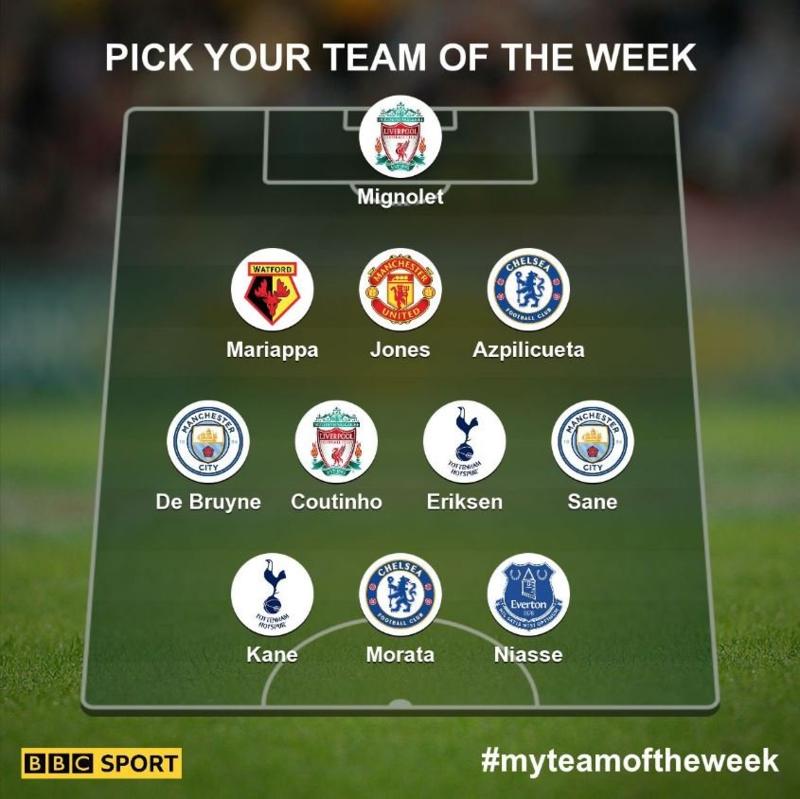 I'm a Liverpool supporter and even I don't agree with the Mignolet choice.

The description he's given for including Mingiolet explains exactly why he shouldn't have been in there. Crooks is an idiot.