The 19-year-old has made nine appearances in all competitions so far this season, building on becoming a regular for Charlton last year as he made 39 appearances.

It appears as though his form has attracted interest from the two Premier League giants, with The Sun reporting that Liverpool scouts believe he has what it takes to make the step up the Premier League.

However, they’ll face competition from Everton who have also shown a desire to sign young talent from the lower leagues, and both Merseyside clubs have a good relationship with Charlton following Joe Gomez’s move to Anfield while Ademola Lookman moved to Goodison Park.

Konsa has featured for England through at youth level and was a World Cup U20 winner this past summer, albeit making just one appearance, as he continues to make an impression for both club and country.

Charlton boss Karl Robinson notes in the report that Konsa has made no suggestion that he’s keen to move on and is happy to continue his development at the club for the time being even if he isn’t always a guaranteed starter.

In turn, it may be difficult to prise him away in the near future as he still has a lot to learn, but it’s surely a difficult decision to turn down a move to either Liverpool or Everton when they come knocking.

Liverpool have been heavily criticised for their poor defending again this season, and while a signing like Konsa won’t provide an immediate and ready-made reinforcement, it’s clearly a potential signing with a view of the long-term. 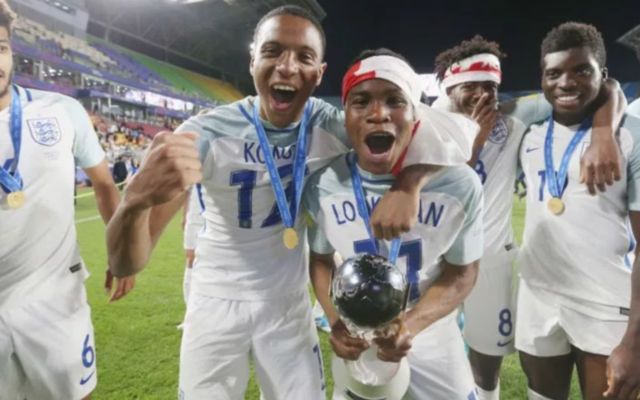