Eden Hazard will go into Chelsea folklore in years to come and he has cemented his superstar status even more by paying tribute to striker Diego Costa, who left for Atletico Madrid last week.

Stamford Bridge’s golden boy has yet to start in the league this season as he recovers from an ankle injury but has made three substitute appearances and did start the League Cup win over Nottingham Forest.

He took time out on Saturday to send a public heart-felt message to Costa on Instagram, outlining their close friendship. 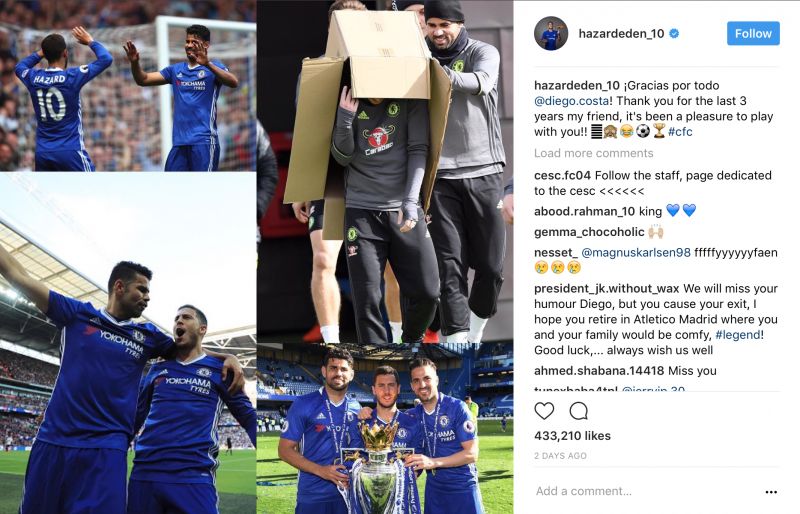 The Sport Review say he will not be able to feature for his new side until January after Atletico were sanctioned with a transfer ban.