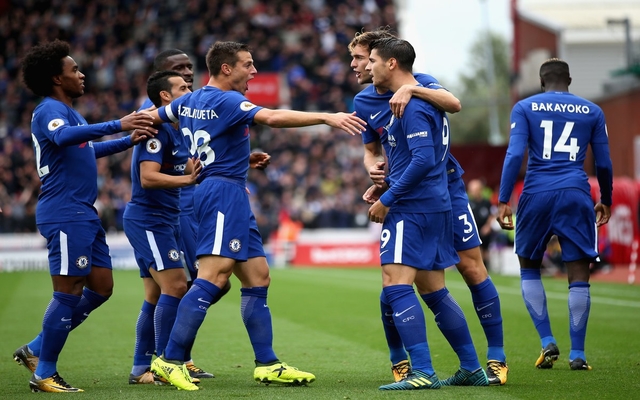 When this Chelsea fan phoned into BBC 606, he was probably expecting a pleasant chat about his side’s 4-0 win over Stoke City on Saturday.

Instead, he somehow managed to get an earful from Jason Mohammad and Robbie Savage as he failed to commit to whether or not Chelsea will win the Premier League title this season.

What ensued was a hilarious exchange between the caller and the presenters as they argued over Chelsea ‘can win the title’ and Chelsea ‘will win the title’, clearly two very different things.

However, with a bit of hesitating and not enough clarity, they ended up going off at the caller quite harshly to be fair and were left completely exasperated when he ended up conceded that he thinks Manchester City will win the title.

It had us chuckling anyway but given their respective starts to the campaign, it COULD be between Chelsea, Man City and Man Utd, although Liverpool, Tottenham and perhaps Arsenal still have something to say about that…

Where will the #PL title be heading in May?@RobbieSavage8 & @JasonMohammad finally coaxed an answer out of this #CFC fan…? pic.twitter.com/JnXNII7Rbq