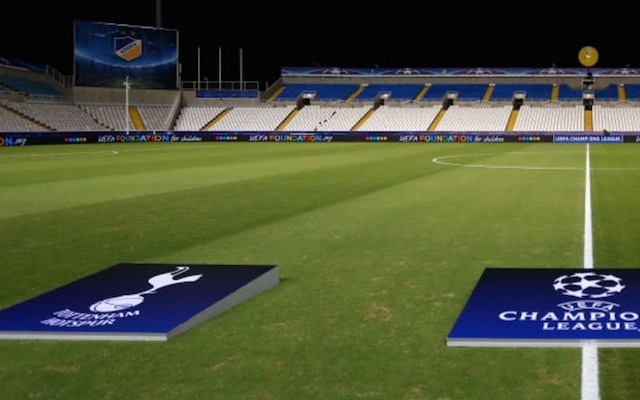 Harry Kane did what he does and scored his seventh goal in five games to give Tottenham Hotspur a 1-0 half-time lead in Cyprus on Tuesday night.

But Spurs were lucky not to have fallen behind just moments earlier when some awful play by goalkeeper Hugo Lloris nearly left the Lilywhites red faced.

Recklessly charging out of his 18-yard box, Lloris slashed a hideous clearance straight at teammate Davinson Sanchez and then turned to sprint desperately back towards his goal, hoping that he’d get there before the ball and the APOEL striker.

Luckily for Lloris, the ball trickled just wide and went out for a corner.

Tottenham’s crossbar had earlier been rattled by Igor de Camargo as APOEL made a confident start to what many had hastily billed as a Champions League mismatch.

Lloris is undoubtably one of the best shot stoppers in the Premier League, if not Europe, but he is prone to the odd horror error.