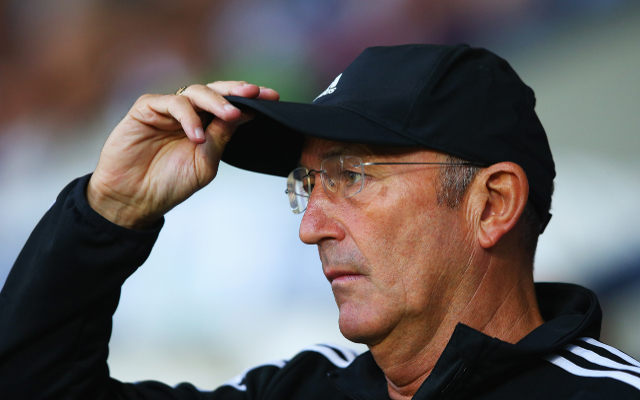 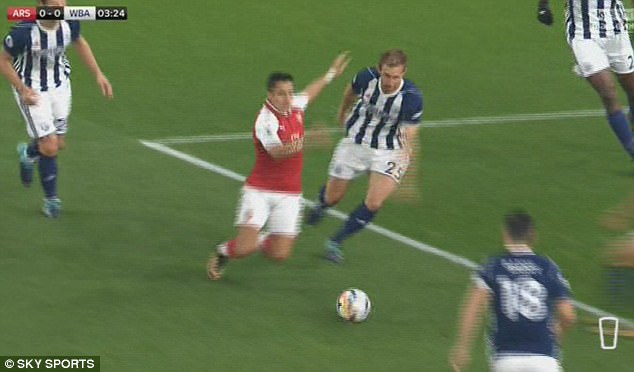 Picture courtesy of Sky Sports via the Daily Mail

The Daily Mail claim that the Welshman believes the Chilean should have been booked after diving to try and win a free-kick for the hosts early on in the game.

“Sanchez dived for the first free-kick — and that is cheating,’ Pulis said. “We don’t get any reward for being honest.”

The former Stoke City manager went on to explain how he thought Shkodran Mustafi should have been sent for an early bath after temporarily bringing down Jay Rodriguez in the box before the forward picked himself up and hit the post amid an advantage played by referee Bobby Madley.

He explained:
“Then obviously that’s [the challenge] a penalty. If the lad’s the last man then not only is it a penalty then it should be a sending off. People say Rodriguez has been too honest and is honesty the thing to do?”

The Baggies have now gone 39 league games without being awarded a penalty.

A brace by summer signing Alexandre Lacazette was enough to help Arsenal to all three points as they rise to seventh in the Premier League table.

They travel to Belarus on Thursday to take on Bate Borisov in their second Europa League group stage match.