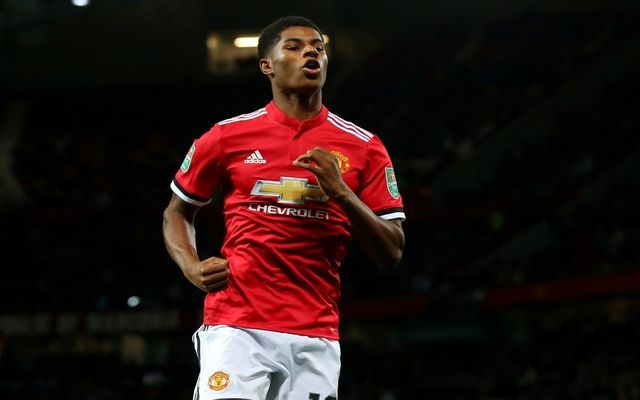 Bournemouth and England striker Jermaine Defoe has been waxing lyrical about his Three Lions teammate and Man United starlet Marcus Rashford, with the Cherries forward even likening the 19-year-old to that of Man City star Sergio Aguero, as reported by the Daily Star.

Defoe, 34, signed for Eddie Howe’s side on a free in the summer after formerly being the main man at now Championship side Sunderland, and the England international has been heaping high praise on United wonder-kid Rashford.

The 19-year-old Red Devils forward was originally supposed to be playing second fiddle to both Anthony Martial and Romelu Lukaku this season as per the Daily Star, however the Englishman has flourished so far this term and is impressive a huge part of the Old Trafford faithful.

Speaking about Rashford and his potential, Defoe said that the forward is “Unbelievable. “It’s only a matter of time before he starts scoring 20-25 goals a season.”

Defoe was then asked about what forward has impressed him the most so far this season, with the 34-year-old replying with “Aguero. He’s just unbelievable. Champions League? He’ll do it. Tournaments? He’ll do it.”

The England star was then questioned about Rashford and whether the youngster can reach the level of the Argentine, Defoe replied “I think so, once he has that first season when he’s scored 20 goals”

Should Rashford reach the heights of Man City star Aguero, it’ll be interesting to see where the player would rank in terms of best strikers come the end of his career.