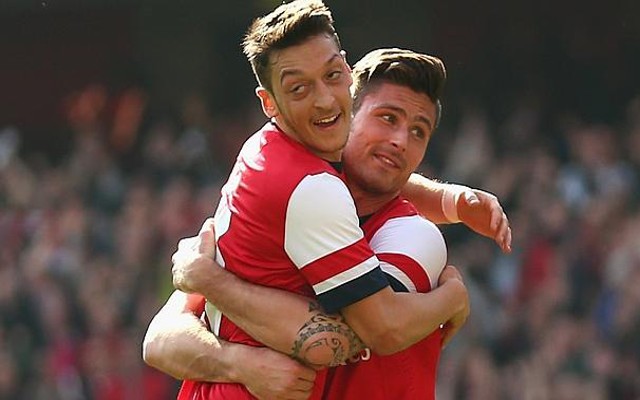 Former Premier League star Shaka Hislop has urged Arsenal and Arsene Wenger to get rid of German international Mesut Ozil, with the former ‘keeper also suggesting that they should be looking do a swap deal including the midfielder for Portugal and Inter Milan star Joao Mario, according to the Sun.

Hislop believes that the north London side should get rid of the Germany star whilst they can before they lose him for free in the summer as per the Sun, with it being reported that talks between the two parties over a new deal for the player have stalled.

As reported by the Sun, Hislop also reckons that the Gunners should go all out to try and sign Inter star Mario, who is seen by some as a like-for-like replacement for the 28-year-old.

Speaking about Ozil and a potential swap deal for Mario, Hislop said that “as good as Mesut Ozil has been, I’m not sure he’s worth the money that he’s been asking for or was even on the table. I put this down as a hit, I think it makes sense for player and club. Both players and club. I think it makes sense, like-for-like swap.”

Should Arsenal go ahead and swap Ozil for Mario, it’ll surely be the Gunners getting the better end of the deal.