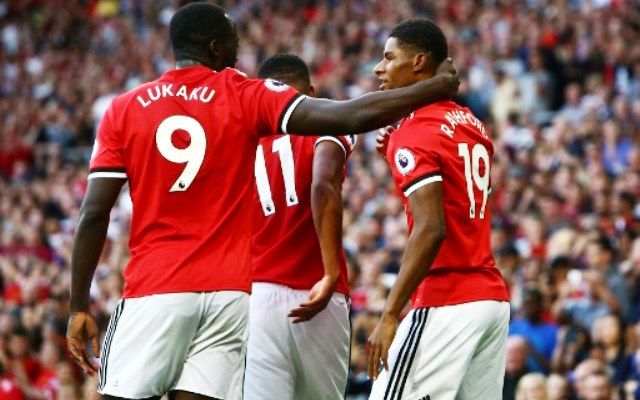 Man Utd strolled to a comfortable 4-0 win over Crystal Palace on Saturday as they continue to set the pace at the top of the Premier League table.

Juan Mata opened the scoring after just three minutes to set the tone for the rest of the afternoon, with a brace from Marouane Fellaini and Romelu Lukaku sealing victory.

The win temporarily moves Man Utd alone at the top of the table, as they head into the international break in good spirits and ready to continue their impressive start to the campaign on their return.

They’ll face tougher tests than this one as Roy Hodgson has his work cut out at Palace, but Jose Mourinho won’t care too much about that and will be delighted with the three points.

Fellaini and Marcus Rashford get the highest marks from us. The Belgian international continues to play a pivotal role for Mourinho and grabbed two goals to add to his day’s work, while Rashford caused many problems on the flanks with his pace and skill on the ball.

Although United won 4-0, there wasn’t too much from the team as a whole to really stand out and impress us, but that probably comes down to the level of the opposition too.

In turn, it was a decent display in general, but with only Fellaini and Rashford really stepping it up another level in a decent win for the hosts as their impressive start goes on.