It’s Monday and that can only mean one thing. BBC Sport pundit Garth Crooks is back causing trouble with his Premier League team of the week.

As always, he’s made some contentious picks, but on the whole there are a number of players that fully deserve their place in the line-up.

Man City goalkeeper Ederson gets the nod between the posts, while Maya Yoshida, James Tarkowski and Nacho Monreal form what is becoming a usual back three for Crooks.

All three were influential in their teams results at the weekend, with Crooks pretty much admitting that Yoshida gets in just on his goal alone, with Monreal also on the scoresheet in Arsenal’s win over Brighton.

Both Tottenham selections are fair as they were crucial in the big win at Huddersfield. Although Coutinho’s bit of magic wasn’t enough to secure all three points for Liverpool at Newcastle United, he was undoubtedly the best player on the pitch at times.

Fellaini continues to repay the faith shown in him by Jose Mourinho, while De Bruyne went from assist king to goalscorer in the crucial showdown with Chelsea with a wonderful strike for the visitors at Stamford Bridge and continues to establish himself as one of the top players in the Premier League.

Up front, that man Harry Kane is unsurprisingly included as he bagged a brace to continue his brilliant run of form, and he’s joined by Marcus Rashford who racked up the assists in Man Utd’s win over Crystal Palace as he impressed in general too.

“It was like watching a great white shark tossing its prey about before devouring the poor soul,” added Crooks in a rather bizarre assessment of how Rashford continued to terrorise the Palace backline. We’re not sure about the analogy, but we agree with the idea. 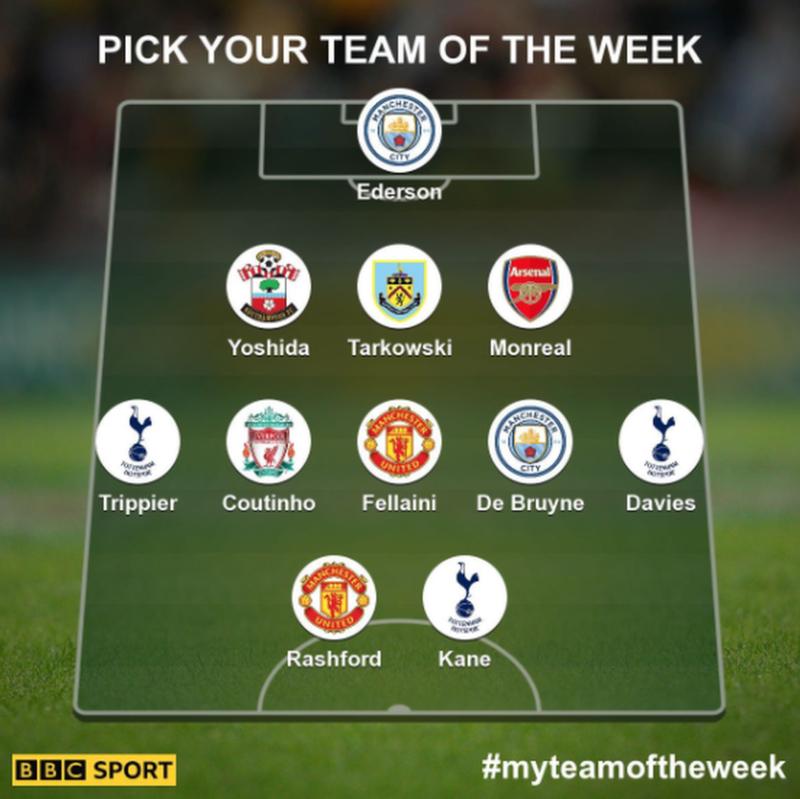