Arsenal striker Olivier Giroud is a good-looking man. In fact, in 2014 we crowned him the hottest player in the Premier League.

Therefore, it is perhaps no surprise that the 30-year-old French forward, who earns £100,000 a week according to the Daily Star, has become the victim of a Tinder catfish.

A hopeful perv calling himself Pete and claiming to be 26 has stolen a bunch of Giroud’s photos in an attempt to pick up women on the internet. 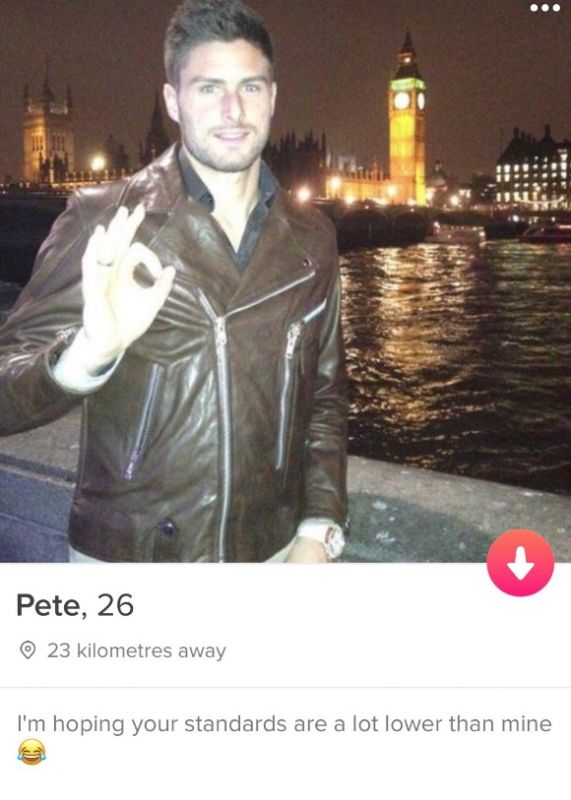 Pete, who wrote “I’m hoping your standards are a lot lower than mine” in his bio, was outed on Twitter by AOIFE – (@aoifewalsh90).

She shared a screenshot of Pete’s Tinder profile, along with the words: “You look familiar, Pete”.

AOIFE went on to write: “His other photos were just normal Giroud ones. Imagine thinking you’re going to meet him!”

She added: “He was stupid enough to match me (I did it ironically) even though I’ve got Arsenal in my bio”.

We can’t image Pete has had too much success in his mission to romance women by pretending to be Giroud.

Of course, there is a slim chance that the man behind the profile really IS Giroud and that he’s actually the one stealing Pete’s name…