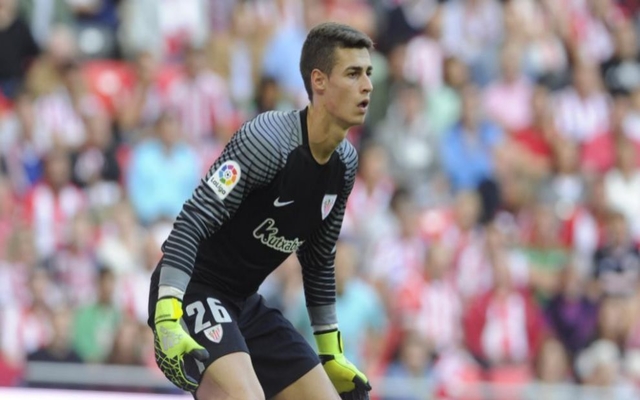 Arsenal will reportedly suffer a transfer setback as it’s claimed that Kepa Arrizabalaga will sign a new contract with Athletic Bilbao with a hefty release clause.

The 23-year-old goalkeeper will be out of contract at the end of the season, which in turn has led to plenty of transfer speculation as he has impressed for the La Liga side and attracted interest from elsewhere.

As noted by talkSPORT, Arrizabalaga is considered one of the best young goalkeepers in Europe, and especially if available on a free transfer, clubs would have been queuing up to sign him.

Both Arsenal and Real Madrid are specifically mentioned in the report as being interested in the shot-stopper, as per Marca, but it’s now suggested that they’re set to be left disappointed.

It’s noted that Arrizabalaga will sign a new contract worth £2.7m-a-year, and worst of all for Arsenal and Co. his release clause is set to increase from £8.8m to £66.5m.

In turn, that will make an agreement highly unlikely as that’s a big fee to splash out on a goalkeeper who hasn’t proved himself at the highest level yet, and that could end Arsenal’s interest if he does indeed sign the new contract.

With a long-term successor to Petr Cech required, it’s not a huge surprise that Arsenal are looking for a new goalkeeper to join the ranks, while Real Madrid are seemingly still not entirely happy with Keylor Navas.

As a result, much will likely hinge on whether or not Arrizabalaga signs the new deal, which could force these two European giants to look elsewhere.