Alvaro Morata is facing up to six weeks on the sidelines after suffering a grade two tear in his hamstring but confusion now surrounds the Spaniard’s return date after posting a picture online with a caption that inferred he was targeting Crystal Palace – Chelsea’s next game – as his recovery target.

According to The Sun, if this were to happen, he would not miss a single game for Antonio Conte’s side and only be out for a total of eleven days. 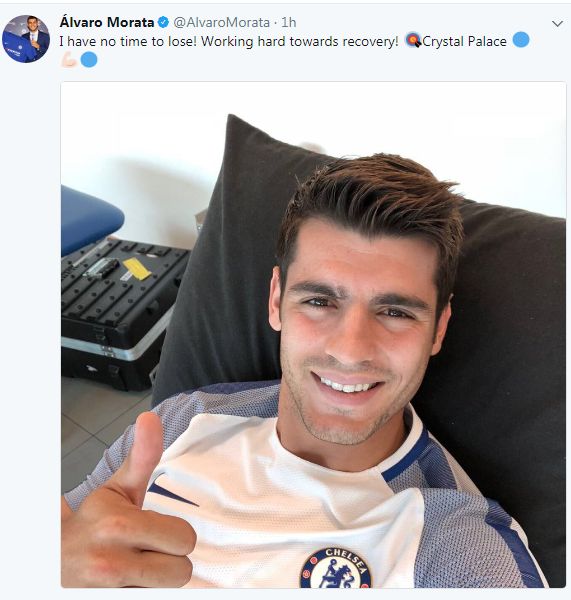 We know that modern physiotherapy techniques are now more advanced than ever but getting the Spain international up to full fitness from a hamstring injury in just eleven days seems more wishful thinking than medical judgement.